TANZANIA ON HORSEBACK - A WEEK IN THE BUSH

For those fortunate people who have experienced African wildlife on horseback, they will relate to the adrenalin felt when cantering alongside giraffe and zebra, or having close encounters with seven-tonne elephants. Last week I was again one of the lucky ones to return to this beautiful continent and spend a week in the saddle in Tanzania.

This trip was organised by UK and Irish-based equine holidays specialists, Zaras Planet, with whom I have had a chance to ride across Botswana and South Africa many times. The first week of this 18-day trip trip took me to Tanzania, where I spent a week on a fly camp in the bush with Kaskazi Horse Safaris. Run by Swede Jo Westermark and her partner Chris Rodgers, this is a relatively new company but one which is fast gaining recognition as an all-action week for experienced riders.

For this trip I was joined by the delightful Bob and Shellie from the States and South African Francoise. Both Bob and Shellie are keen endurance riders and so thoroughly enjoyed the countless gallops across the many salt pans we met throughout the seven days riding which took us across some of the most remote parts of Tanzania. Covering some 260 kilometres in seven days, we moved camp five times and each time the landscape changed, along with the wildlife. From herds of zebra, to giraffe, and from elephant to some of the most elusive antelope, the list is endless as we rode from the foothills of Kilimanjaro ride up to the Kenyan border.

It was exhausting at times, but one of the most memorable trips I have done in years, and the encounters with the Maasai people were truly special. To see the delight on the faces of those children as we rode into their villages, and their curious nature towards the horses, these are the memories I will cherish forever. 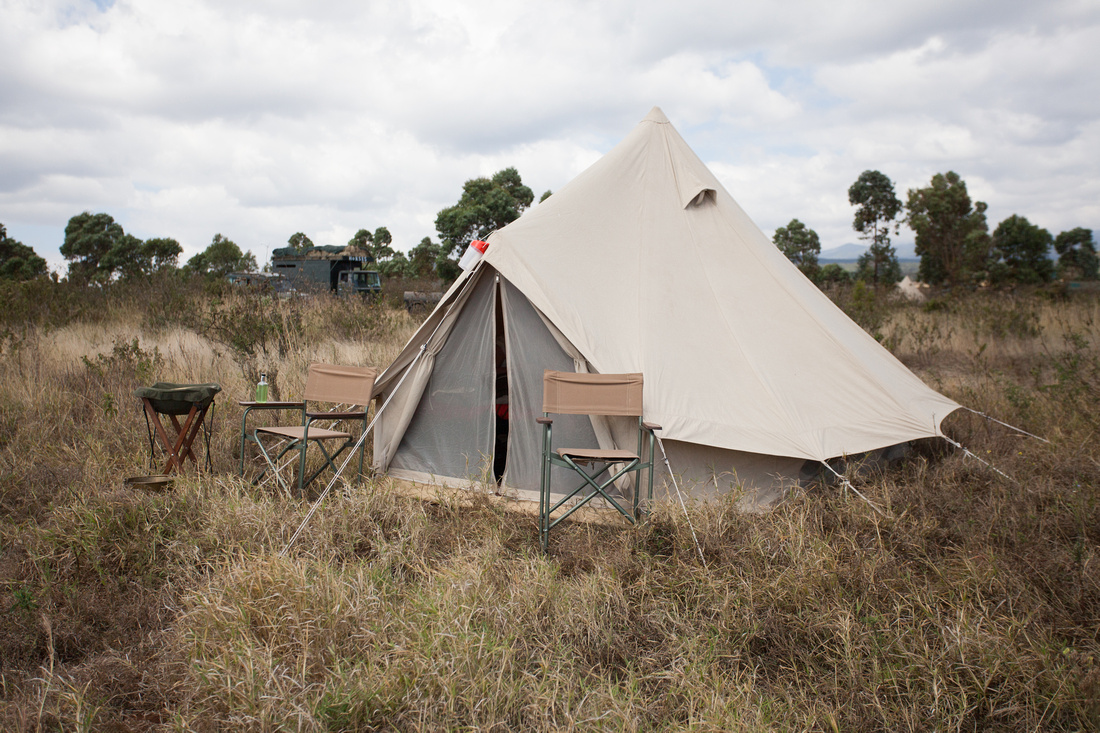 This was our mobile home for the week!

This was the view on our first night in Tanzania

What a view! Our first night of camping in Tanzania 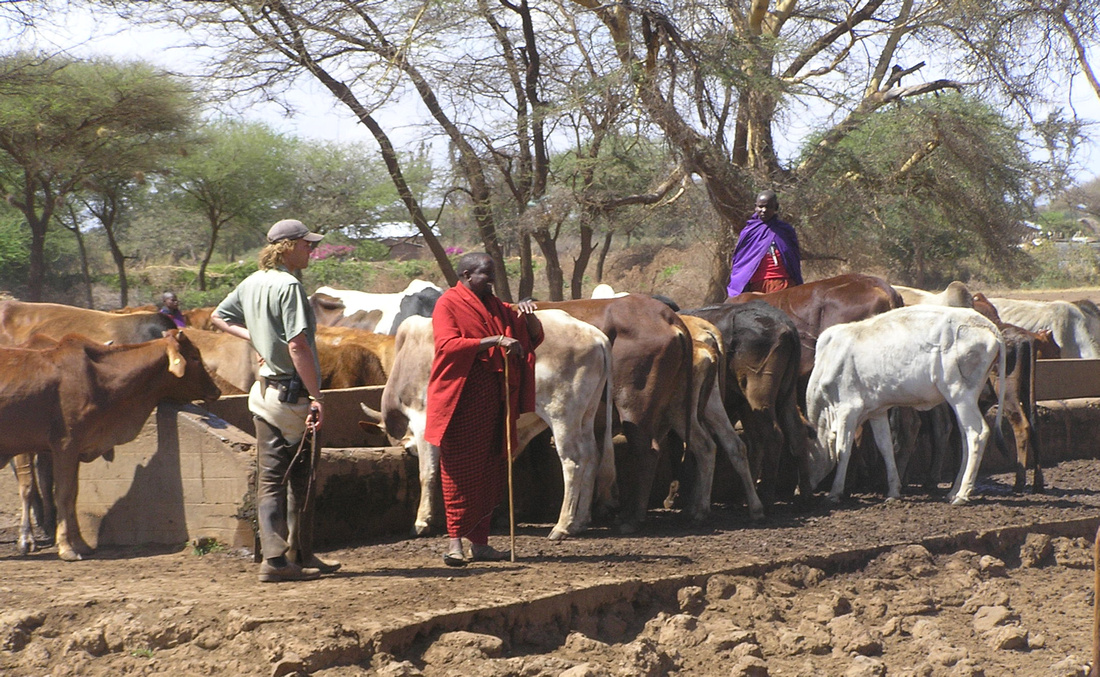 Chris had to negotiate with the Maasai men to buy some ewater for our horses as we passed through the village of Tinga Tinga, made famous   by the African art of the same name 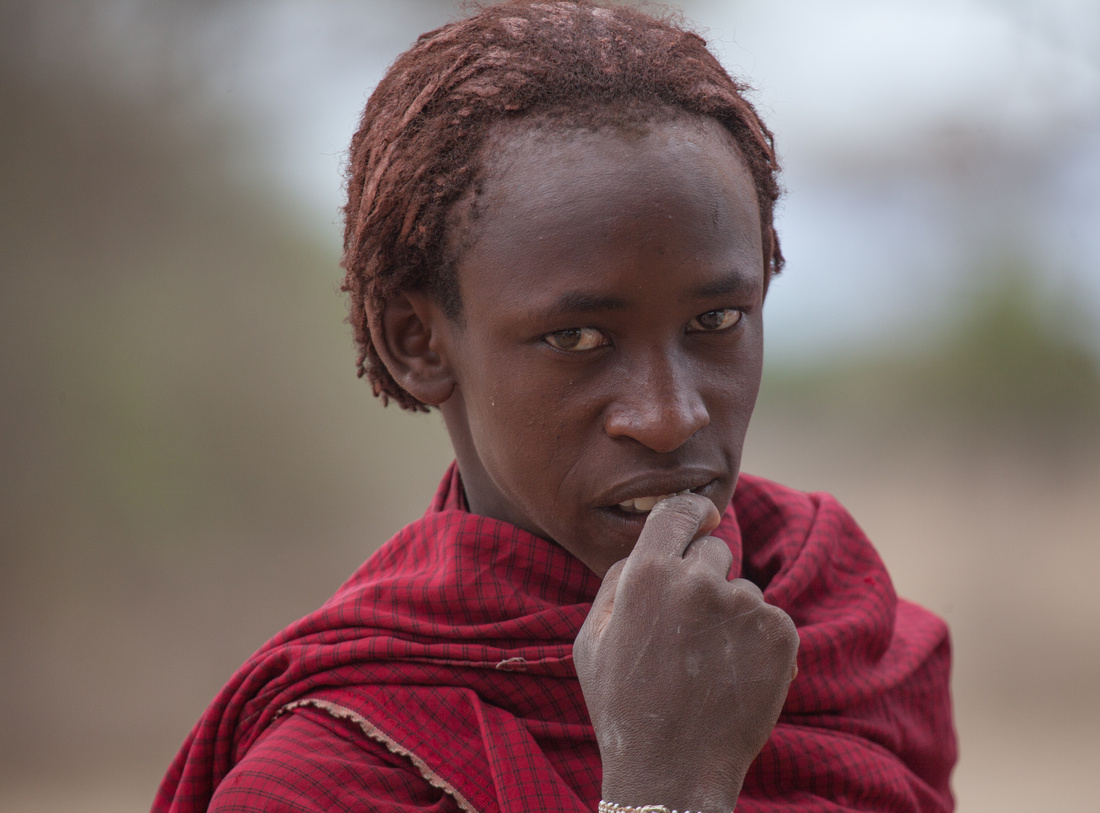 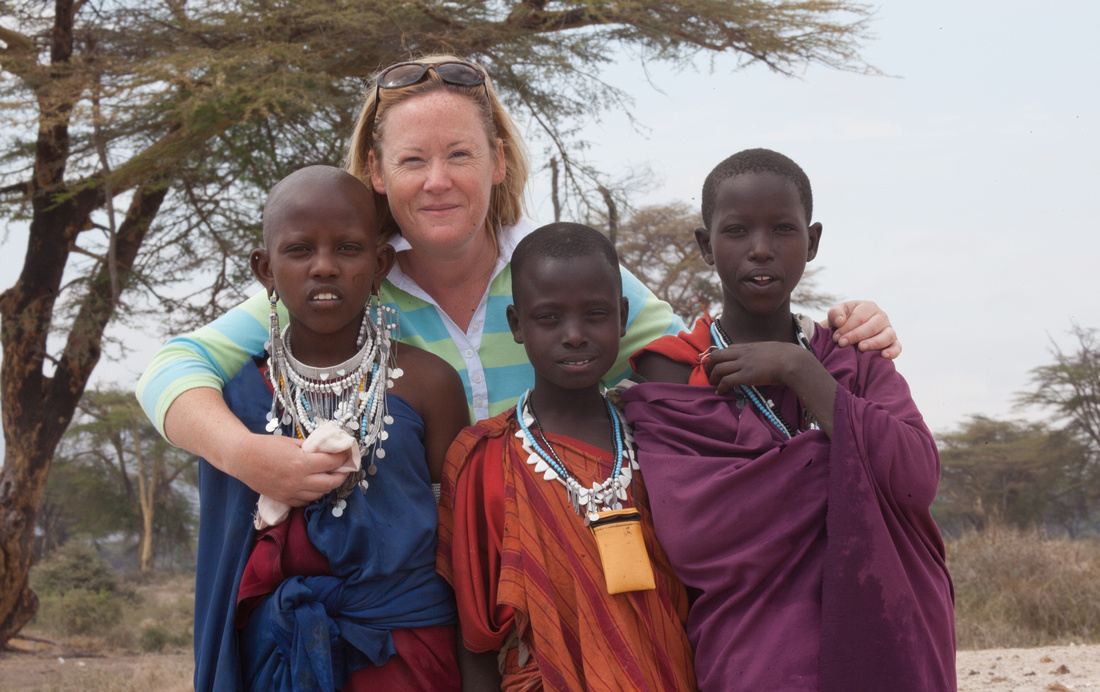 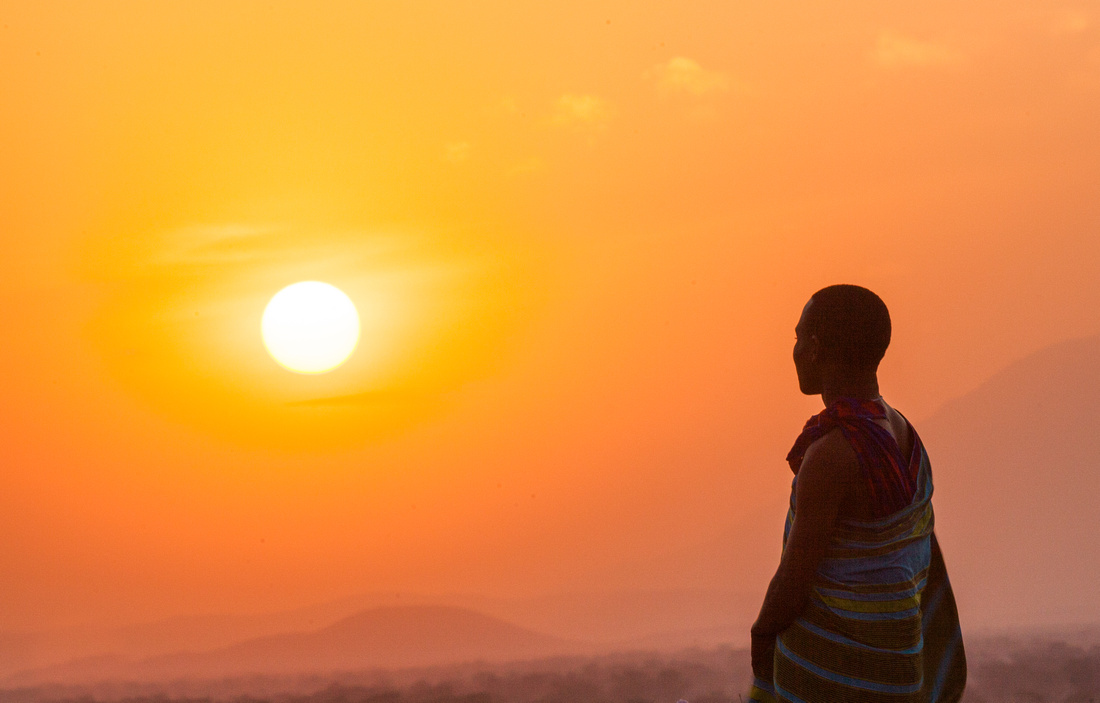 A Massai warrior at sunset 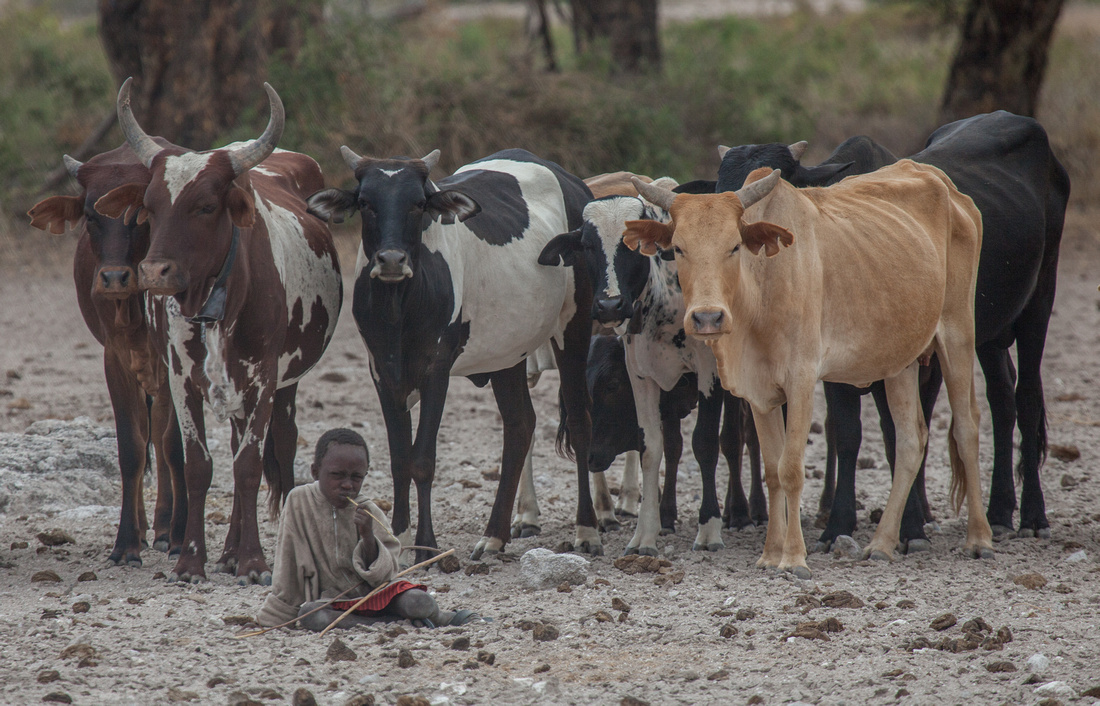 This Maasai boy was no more than six years old. By the time we had met him me had driven his cattle some 10kms to water, then all the      way back again in blistering heat. These kids live a tough life, but are so endearing when you meet them. 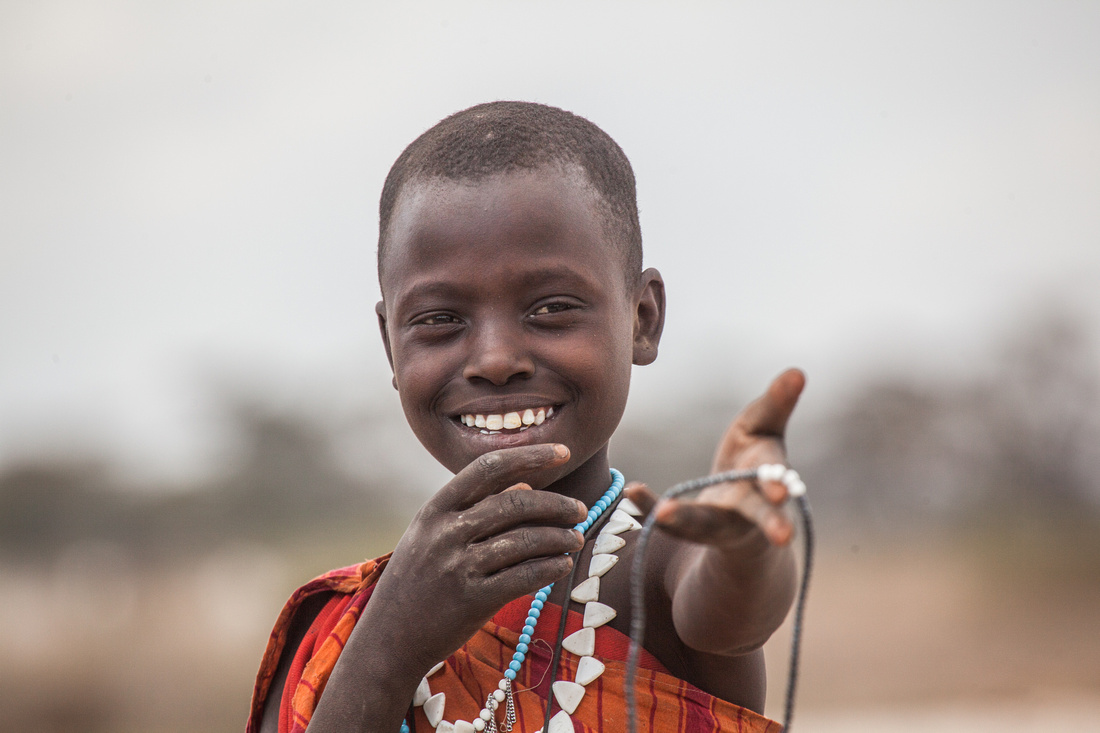 A beautiful Maasai girl we had met at a watering hole offers us her necklace. This image touched me deeply 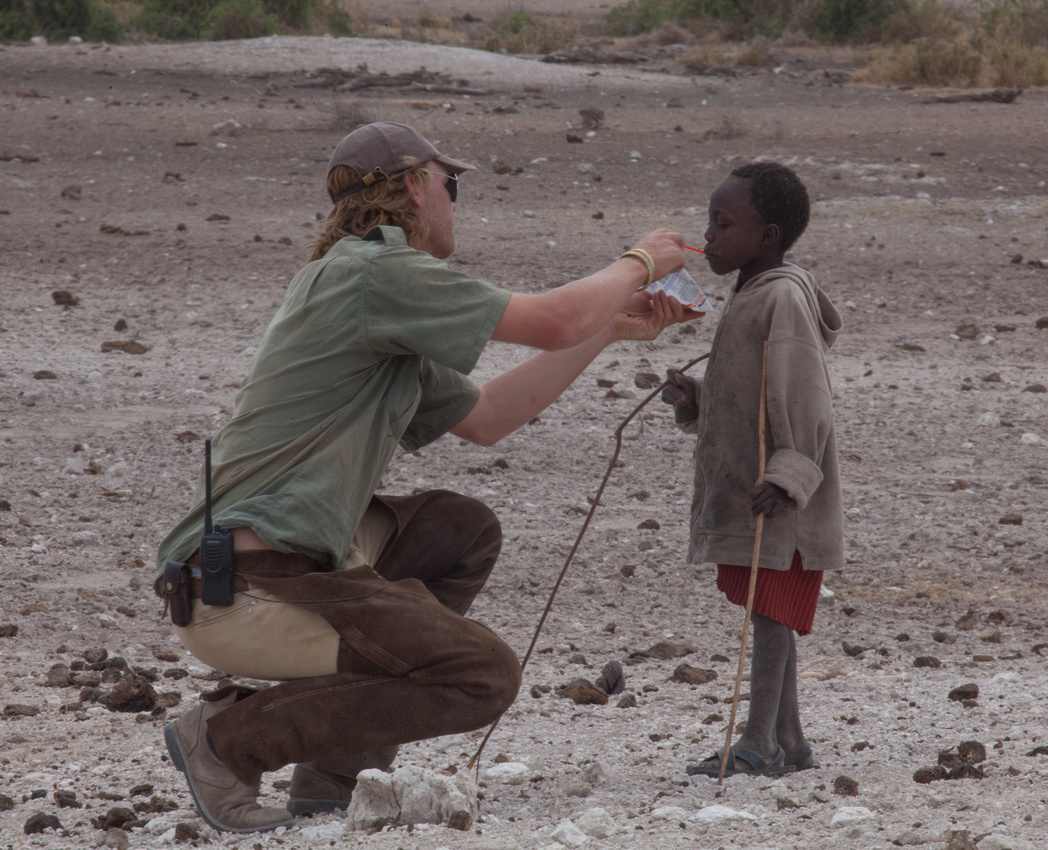 Chris offered this thirsty little boy some fruit juice. The child most likely had never had such sweet liquid in his short life..... 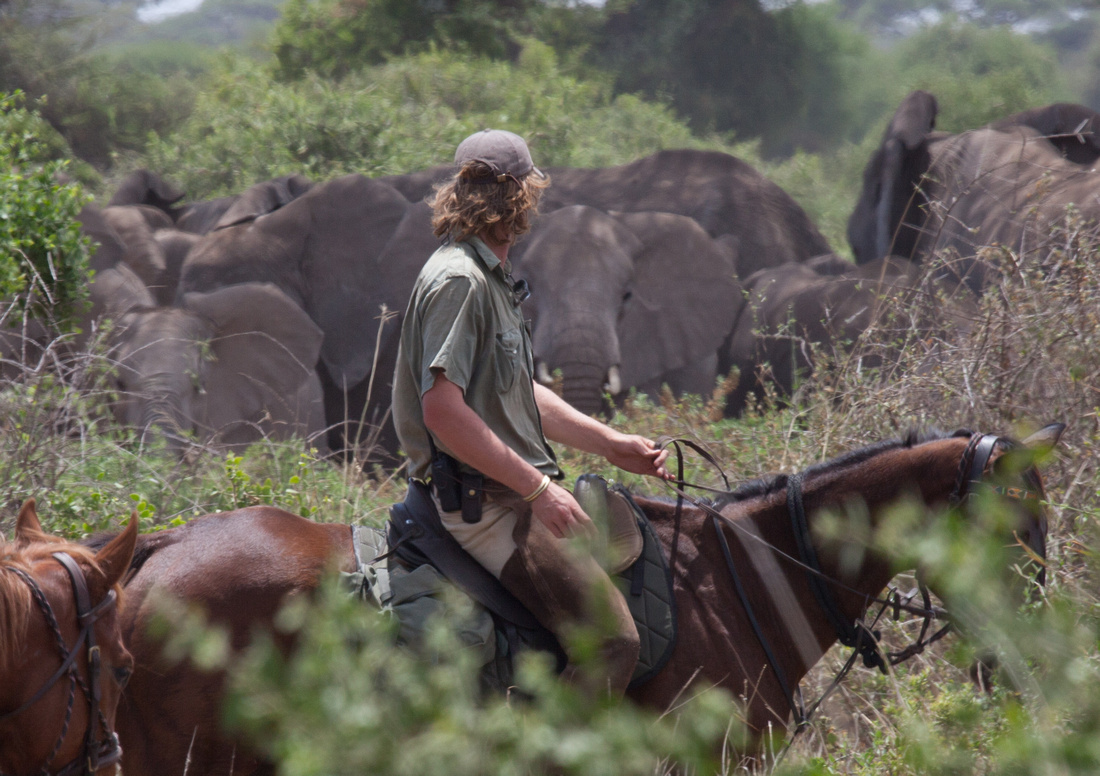 Close encounters with elephant while on horseback are quite special 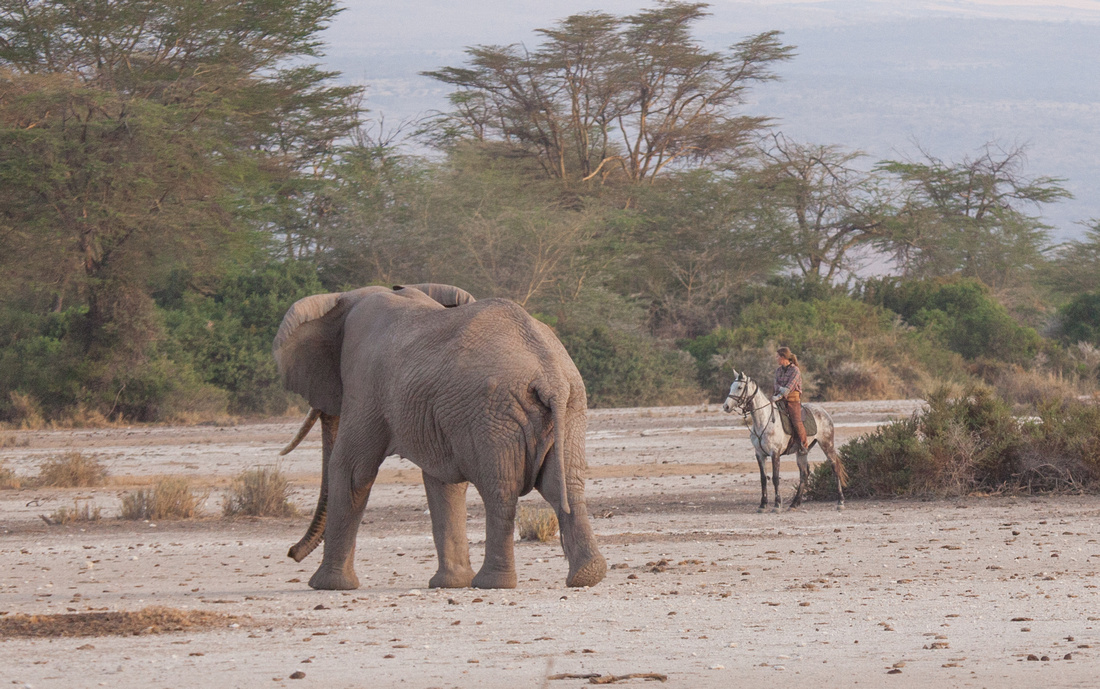 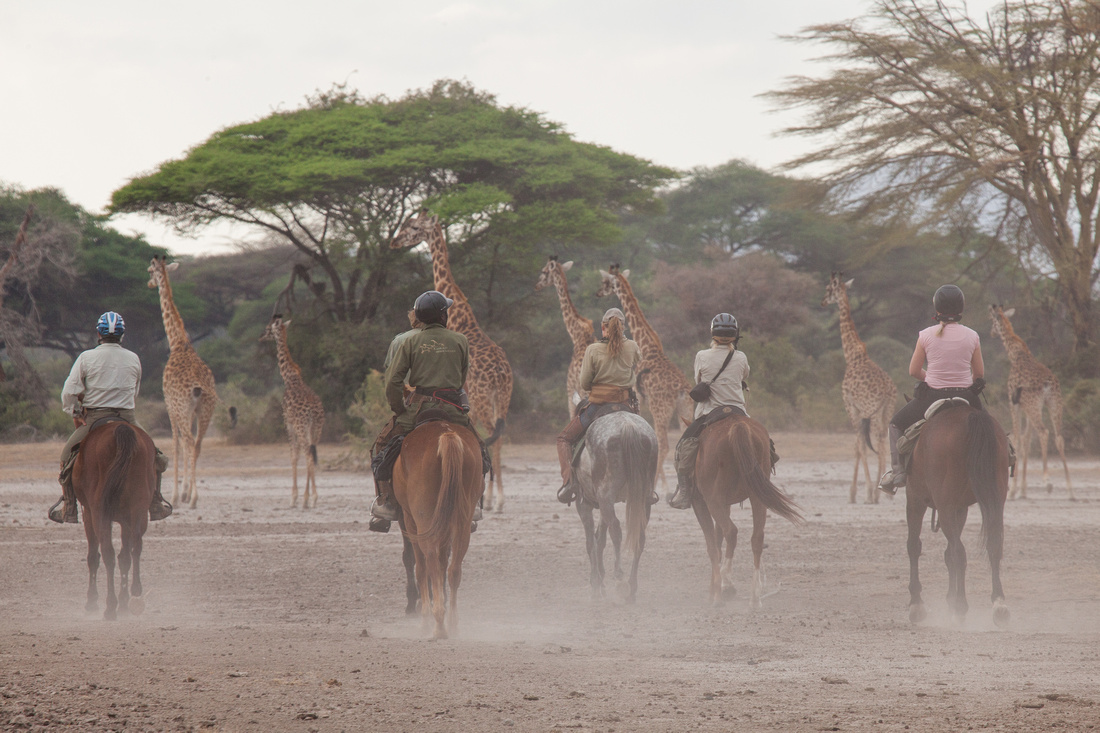 One of the many encounters with giraffe. These are majestic animals to canter alongside on open plains. 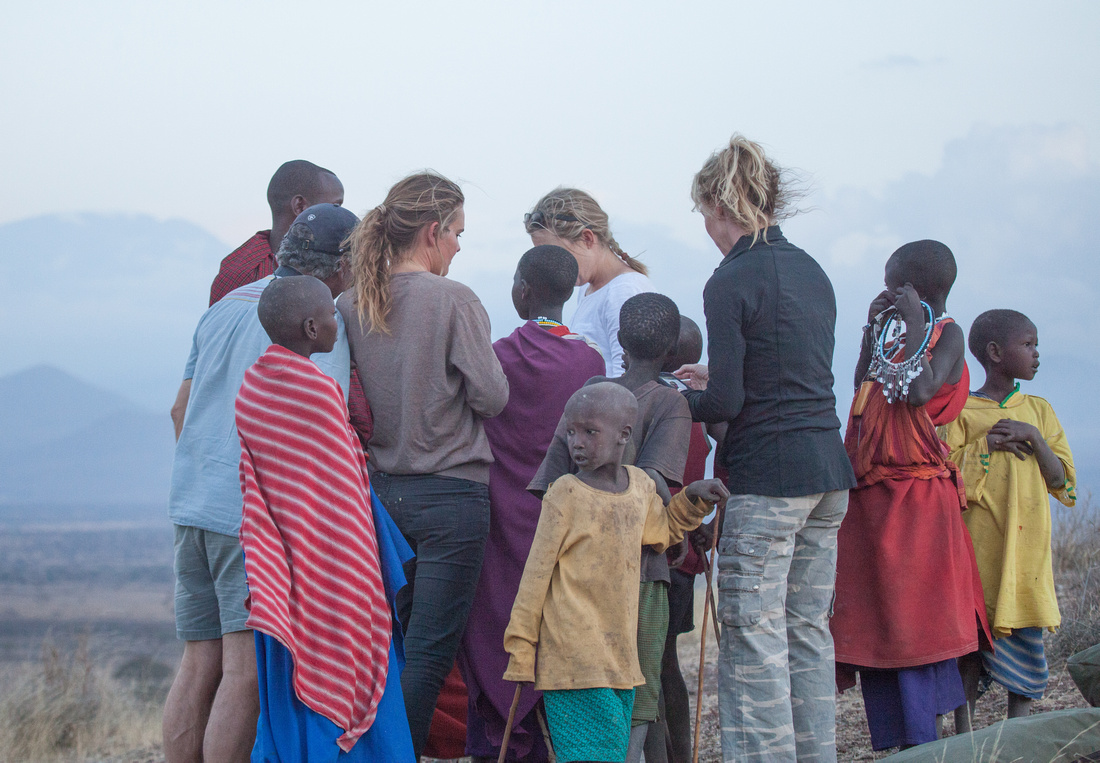 Striking a deal for jewellery on a hilltop with some Maasai women and children. We bought some stunning bracelets from them. 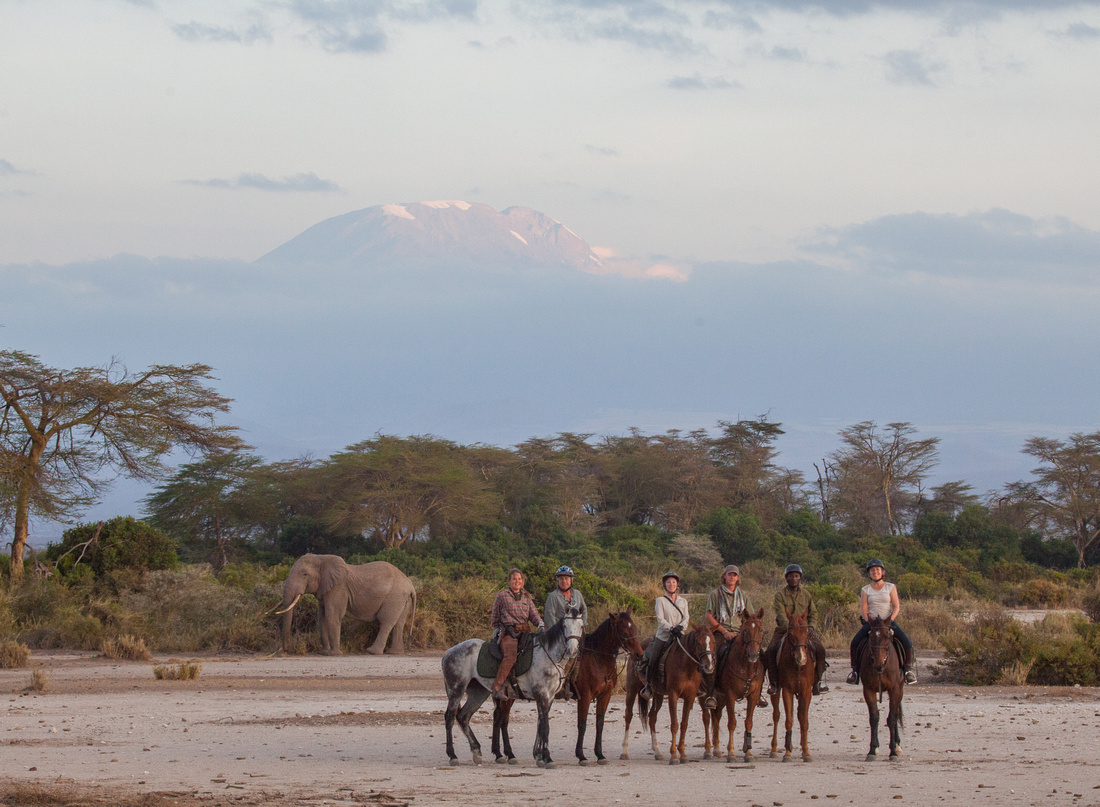 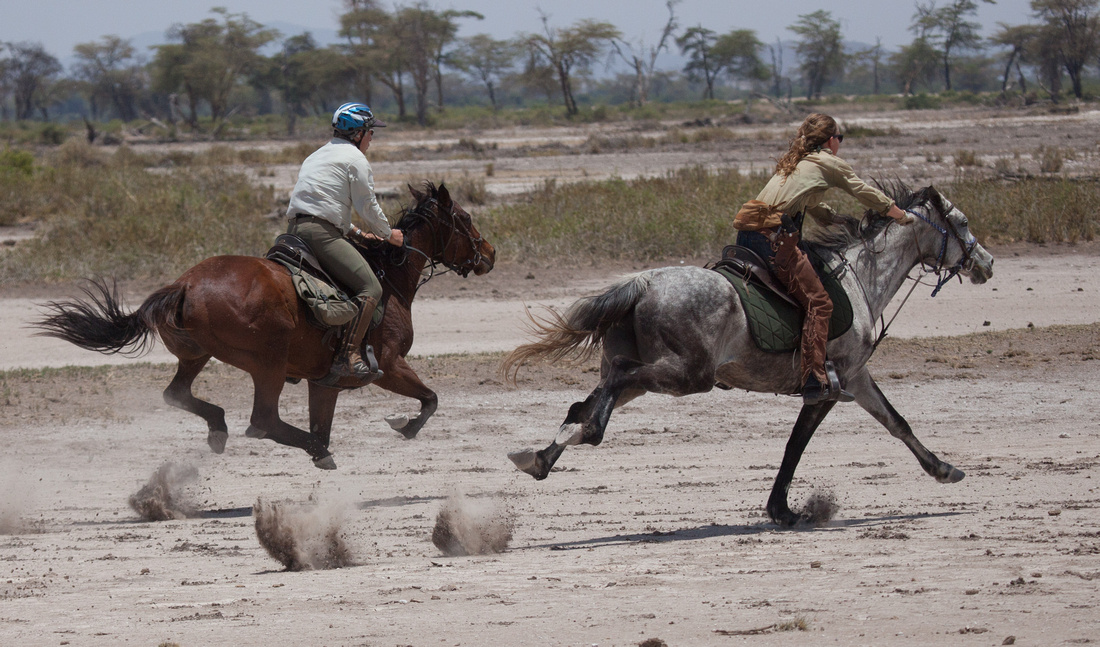 Bob and Jo race along the open plains on two ex racehorses. These athletes are perfect for a long week in the bush which demands such      fitness and stamina

Bob joins up with some zebra on the salt pans!